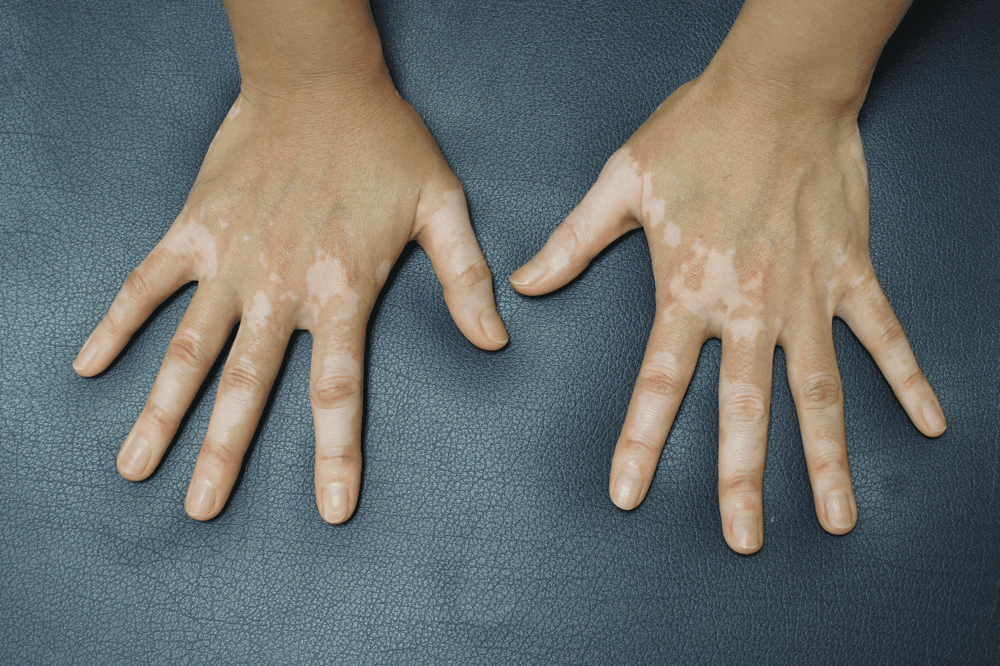 Within this article, you’re going to learn more about the connection between the two and what may cause it.

This can be caused by many factors including trauma or disease. Some people will develop hypopigmentation at birth while others will experience it later in life. While the condition is annoying, it is not dangerous. It isn’t going to put your life at risk.

Eczema is a mystery medical condition. Unfortunately, it is not known what causes it. There are no external causes that stick out. In some cases, it will be developed due to a reaction to irritation. Other times, it is unknown what has caused the eczema to form. Either way, it is going to result in rough, inflamed patches of skin developing. If the condition is left untreated, it can eventually lead to blisters.

These blisters will itch, and they may bleed. Eczema tends to develop on parts of the body that are visible. Therefore, it might not be dangerous, but it can take a toll on you mentally. With that being said, you’ll want to find a way to remedy the problem as quickly as possible.

Are Eczema And Hypopigmentation Connected?

In most cases, you’re going to have one or the other. For instance, you can go through life with eczema without experiencing any hypopigmentation. However, there are some strange cases when both are going to occur at the same time. And, they’ll normally impact the same portions of the body. It is believed that hypopigmentation is a secondary ailment to eczema. This most often occurs in younger children. They’ll develop eczema rashes on their body or extremities.

Then, the hypopigmentation will impact the same body parts. The child’s cheeks may also be impacted slightly. If this occurs, it is easy to rule out other common causes of hypopigmentation easily. The hypopigmentation generally arises during the post-inflammatory stage of eczema. However, it is very rare. It tends to be more common for children who have melanated skin.

In this type of situation, it is believed that eczema’s location and duration may impact the development of hyperpigmentation. It may be possible to treat both simultaneously.

How It Is Treated In Children

While it depends on each unique situation, it may be possible to treat the hypopigmentation and eczema at the same time. The treatment will require the use of triamcinolone cream and alclometasone. The first cream will be applied to the impacted areas three times a day. The second will be applied to the cheeks if the eczema has spread to the face. If not, you should be fine with the triamcinolone alone.

Either way, this solution should remedy both problems. Once the eczema symptoms have been dealt with, the child’s skin should return to proper pigmentation. With that being said, it is pertinent to diagnose and treat such problems as quickly as possible. Failing to do so could result in more problems in your child’s future.

To find out how you can best treat these problems, you should find out what causes them. Unfortunately, this creates a dilemma for patients. The unfortunate truth is that there is no known cause of eczema. It is believed that it may have something to do with the immune system. It is true that an overactive immune system is a primary cause. However, the real cause is not known.

Certain diseases like chickenpox can cause hypopigmentation too. Sometimes, hypopigmentation is the direct result of inflammation. This is why it may be caused by eczema. While eczema cannot be cured, many types of hypopigmentation can be. Therefore, you should act immediately. Speak with your doctor and find out which treatment options are available to you.

How Is Eczema Treated?

As mentioned above, it may be possible to treat both problems simultaneously. Usually, hypopigmentation is the direct result of eczema. This is most common in children. Once you’ve managed to eradicate eczema, the hypopigmentation will rectify itself. So, how can you treat eczema? Well, there are many possible solutions.

If you’re looking for a natural solution to the problem, you should try using Aloe Vera or oats. If that doesn’t work, you can experiment with Calendula lotion, a chamomile compress, or organic coconut oil. If you are satisfied with using something stronger, you should speak to your doctor about oral antihistamines. Topical steroids in moderation can be beneficial for this purpose as well.

Both products will soothe the itching while the steroids will reduce the inflammation associated with eczema. In all likelihood, the hypopigmentation will disappear once the symptoms of eczema have diminished.

Ultimately, treating hypopigmentation is slightly different. If the hypopigmentation is linked to eczema, it should disappear on its own once the eczema has been dealt with. If not, you’ll need to take additional steps to address this problem. One of the best ways to deal with post-inflammatory hypopigmentation is by utilizing corticosteroid creams. These topical creams need to be applied to the impacted skin. They’ll reduce the inflammation while also restoring the skin’s pigment to normal.

If this doesn’t work, you may need to take drastic action. Laser therapy is another option. In this type of situation, light procedures will be used to deal with the problem. This can be expensive, but it is generally safe. If you’re lucky, it will not reach this degree of severity. Either way, you should consult with your doctor to look for the best solution.

Eczema and hypopigmentation are not always linked. However, there are some cases when they will coincide with one another. This generally happens with younger children. If your child develops both conditions simultaneously, there is a good chance that eczema caused the hypopigmentation. Thankfully, it is possible to remedy the hypopigmentation by treating eczema first. Once you’ve done that, the pigmentation problem should disappear. If not, you should consult with your doctor about other treatment options.

Is Hypopigmentation The Same As Vitiligo?

It is possible to remedy the problem of hypopigmentation by utilizing micro-needling. This procedure involves the use of small needles. The needles will be used to prick the skin. The goal is to force the skin to develop new tissue and collagen. In return, this can help improve the skin’s health and appearance. It will result in smoother and firmer skin. It will also improve the skin’s stone. This procedure is commonly used for people who have scars or wrinkles. It is believed that micro-needling can help with pigmentation issues too. However, you must be careful with micro-needling. There is always a risk that you’re going to develop post-inflammatory hyperpigmentation once the procedure has finished. Therefore, it is best to use micro-needling in moderation.